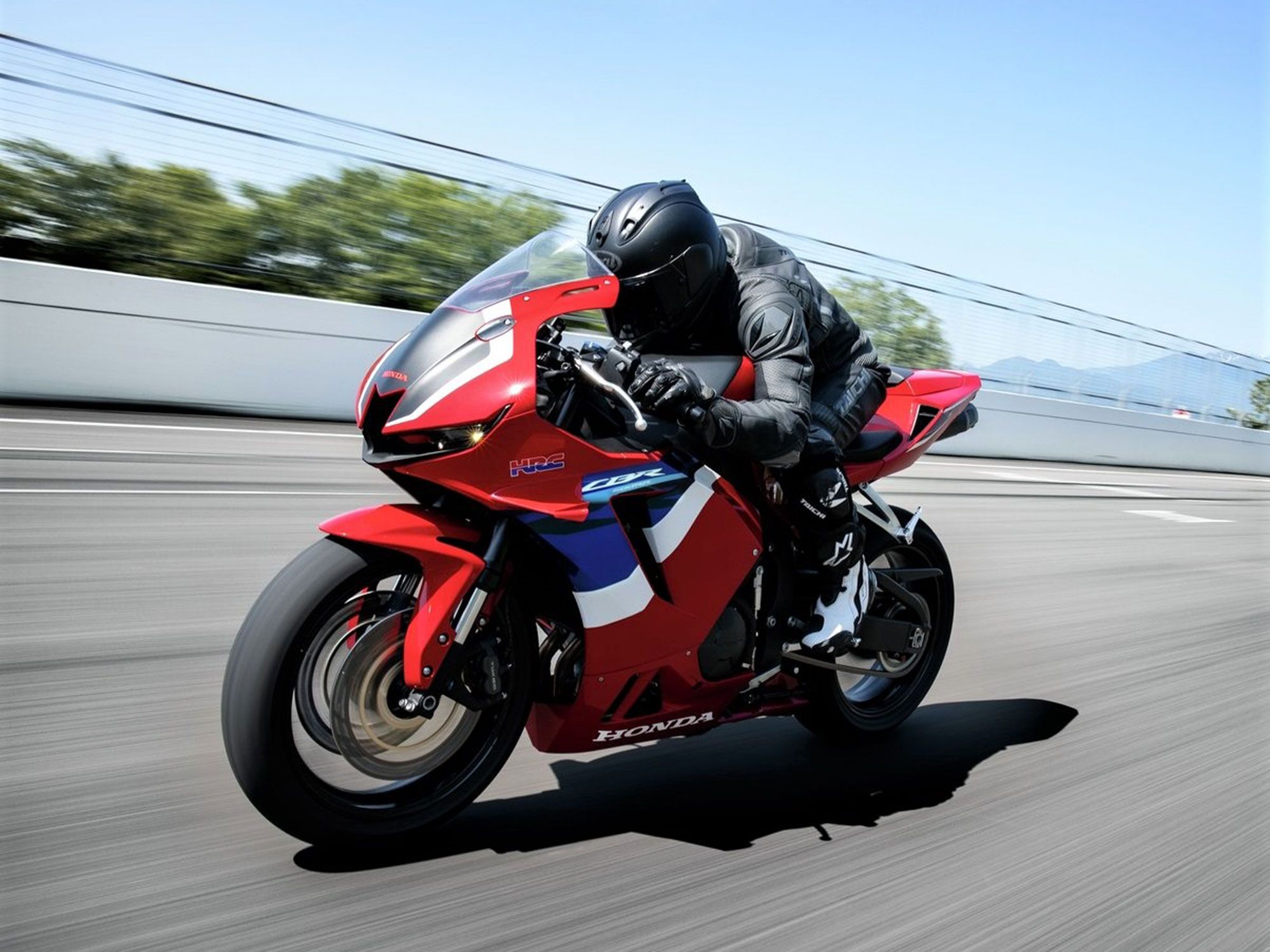 The newly released and upgraded Honda 2021 CBR600RR is now available in some markets—but so far not in the US. (Honda /)

At the moment, Honda’s heavily revamped 2021 CBR600RR has only been confirmed for markets on the other side of the world including Japan and Australia, but the company has finally revealed precise details of the changes compared to the ancient version it still offers here in the states.

Despite the CBR1000RR-R-influenced styling, the new CBR600RR is very much an upgrade rather than an all-new model. Virtually every major mechanical component has been carried over from the existing bike, with just a few modifications to the engine and a big focus on improving the electronics. 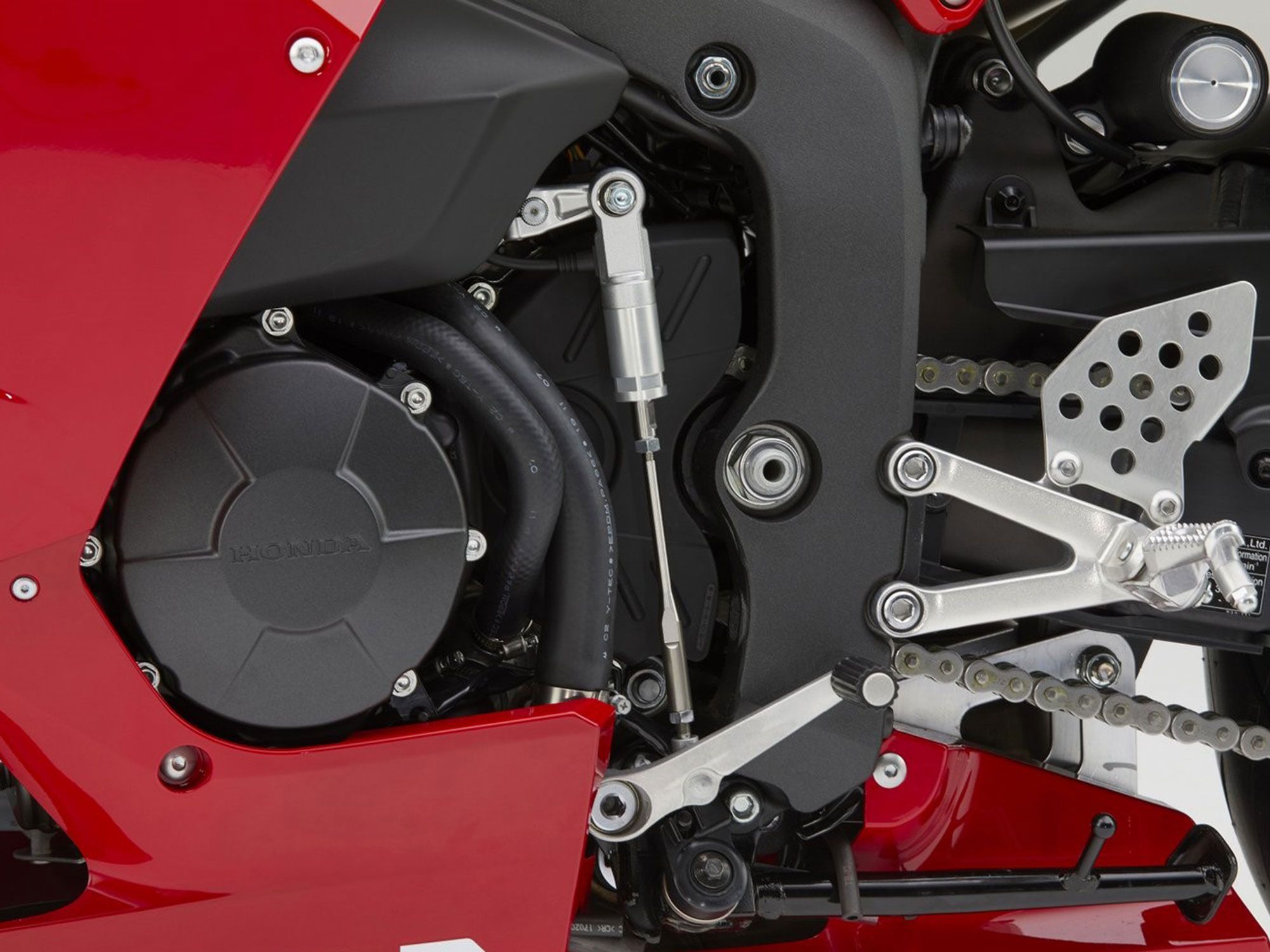 Although the 599cc engine now gets cleaner emissions to meet Japan’s latest rules, there’s no change to bore and stroke, and performance gains appear minimal at best. (Honda /)

Let’s kick off with the engine. The 599cc four is basically the same unit that’s been with us since the CBR600RR first emerged in 2003, and it last saw significant internal changes with the launch of the 2007 model year.

For 2021, there’s no change to the bore and stroke, which remains at 67.0mm x 42.5mm, or to the 12.2:1 compression ratio. However, Honda claims the engine is both cleaner and more powerful than the 2020 version thanks to revised materials for the camshafts, crankshaft, and valve springs. Presumably those materials are lighter, as the bike’s peak power has moved 500 rpm up the rev range to hit a maximum of 121 hp—a solitary horse more than the old model—at 14,000 rpm. That one extra horse might be more than offset by the loss in torque though. The new engine peaks at 47.2 pound-feet and needs 11,500 rpm to hit that number, whereas the old model managed 48.7 pound-feet at a lower 11,225 rpm.

Related Video: What Are The Parts Of A Honda CBR600RR Engine?

The big change is in the bike’s emissions, since it now meets Japan’s latest rules, which are roughly equivalent to Euro 4 standards. Those standards have already been superseded in Europe, meaning the new CBR600RR won’t even be sold there. To achieve the improvement Honda has enlarged the throttle bore and reshaped the inlet ports, altered the valve timing and optimized the exhaust. The water jacket around the exhaust valve has also been reshaped to improve combustion chamber cooling. 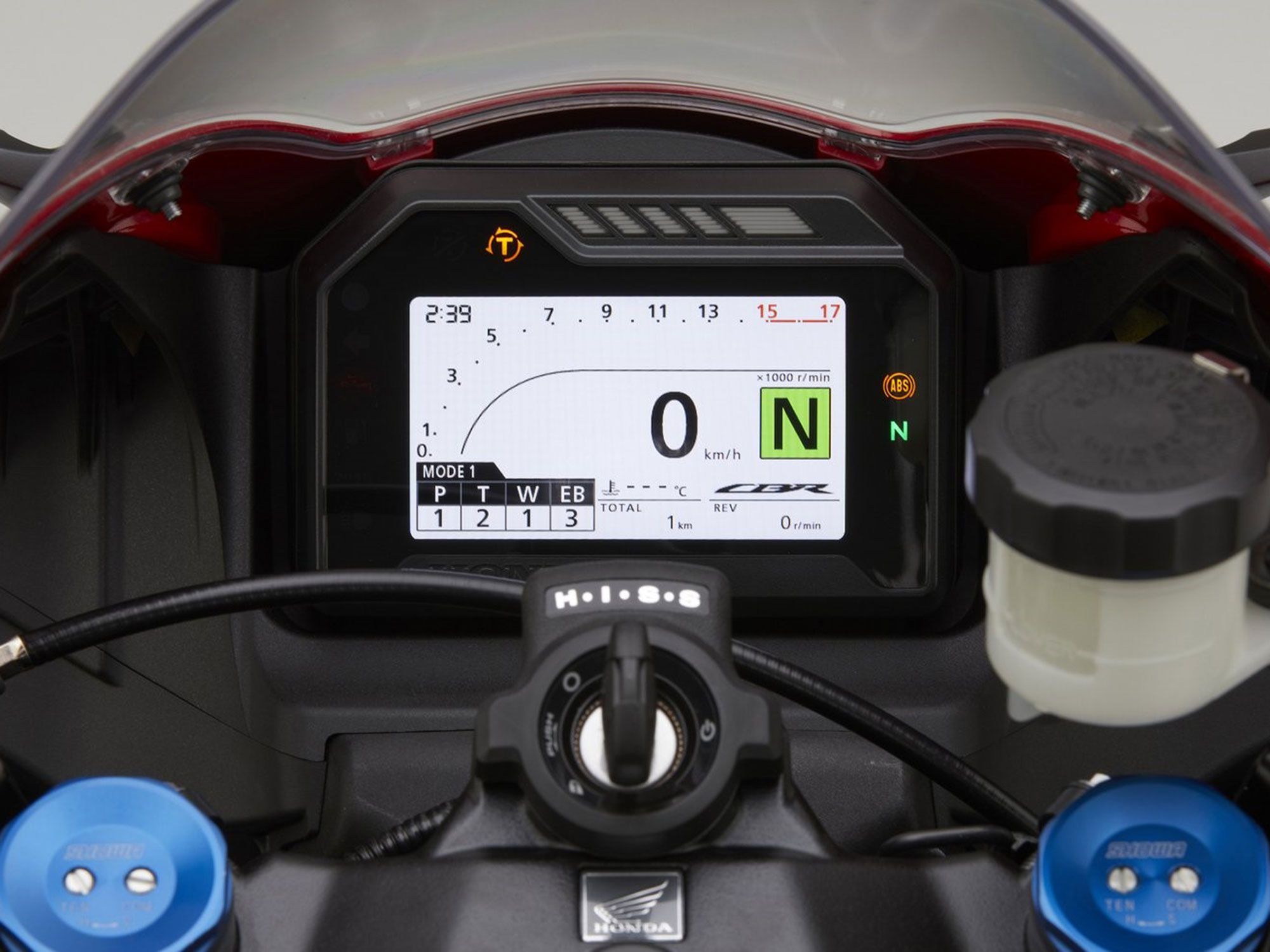 Updated electronics include fly-by-wire throttle and an IMU tied to traction control, wheelie mitigation, and various power modes. The display panel is the same as the CBR1000RR’s. (Honda /)

It’s All In The Electronics

The changes to the engine may be underwhelming but the alterations to the electronics are much more significant. The CBR600RR finally gets an electronic, fly-by-wire throttle for 2021, along with an inertial measurement unit (IMU) that opens the door to all the latest rider-assist technology. Honda has added its Honda Selectable Torque Control system—the company shies away from calling it traction control—along with wheelie mitigation control and adjustable engine-braking. It can all be operated via the same instrument panel that’s used on the CBR1000RR, allowing for the selection of riding modes.

On top of that, the bike gets LED lighting, an assist-and-slipper clutch, and an emergency stop system that flashes the hazard lights when you hit the brakes hard. The expected up-and-down quickshifter has also appeared, but only as an extra-cost option. Obvious winglets on each side of the fairing make their debut on the new 600RR and claim to improve stability. New fairing is a nod to the CBR1000RR-R. (Honda /)

The new styling might give a family resemblance to the CBR1000RR-R, but Honda says it’s there for a reason, claiming the 2021 CBR600RR is the most aerodynamic machine in its class. It also brings winglets to the 600 class, with a pair that are far less subtle than the multilayered versions used on the latest 1,000cc CBR. Honda claims they produce genuine downforce, improving stability under acceleration and on corner entry. 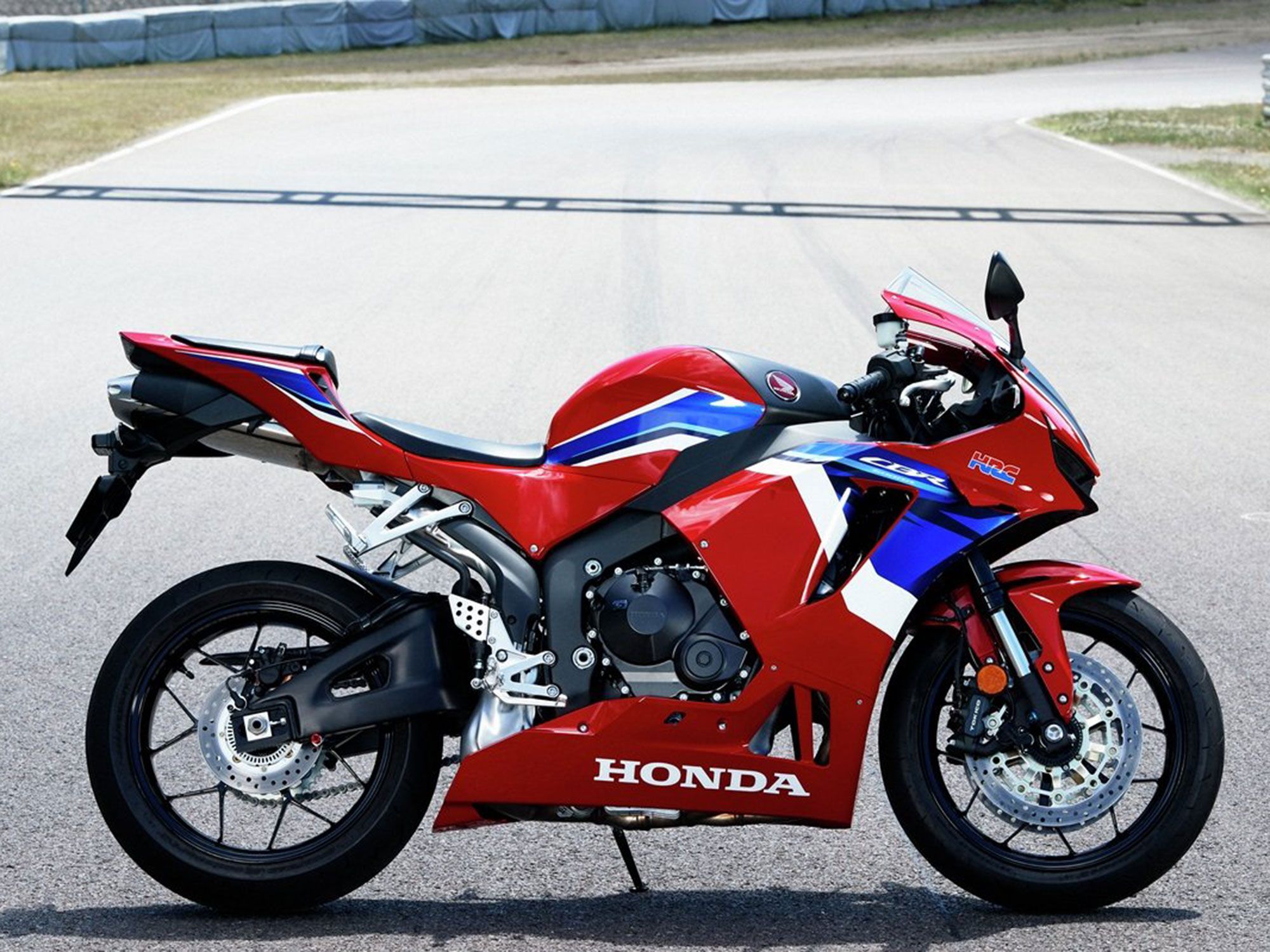 One aspect that Honda doesn’t draw attention to is the latest CBR600RR’s weight. The ready-to-ride mass increases substantially over the outgoing model—rising from 410 pounds to 428 pounds. That’s an increase of more than 4 percent, compared to a power rise that’s equivalent to just 0.8 percent, giving an overall drop in power-to-weight. 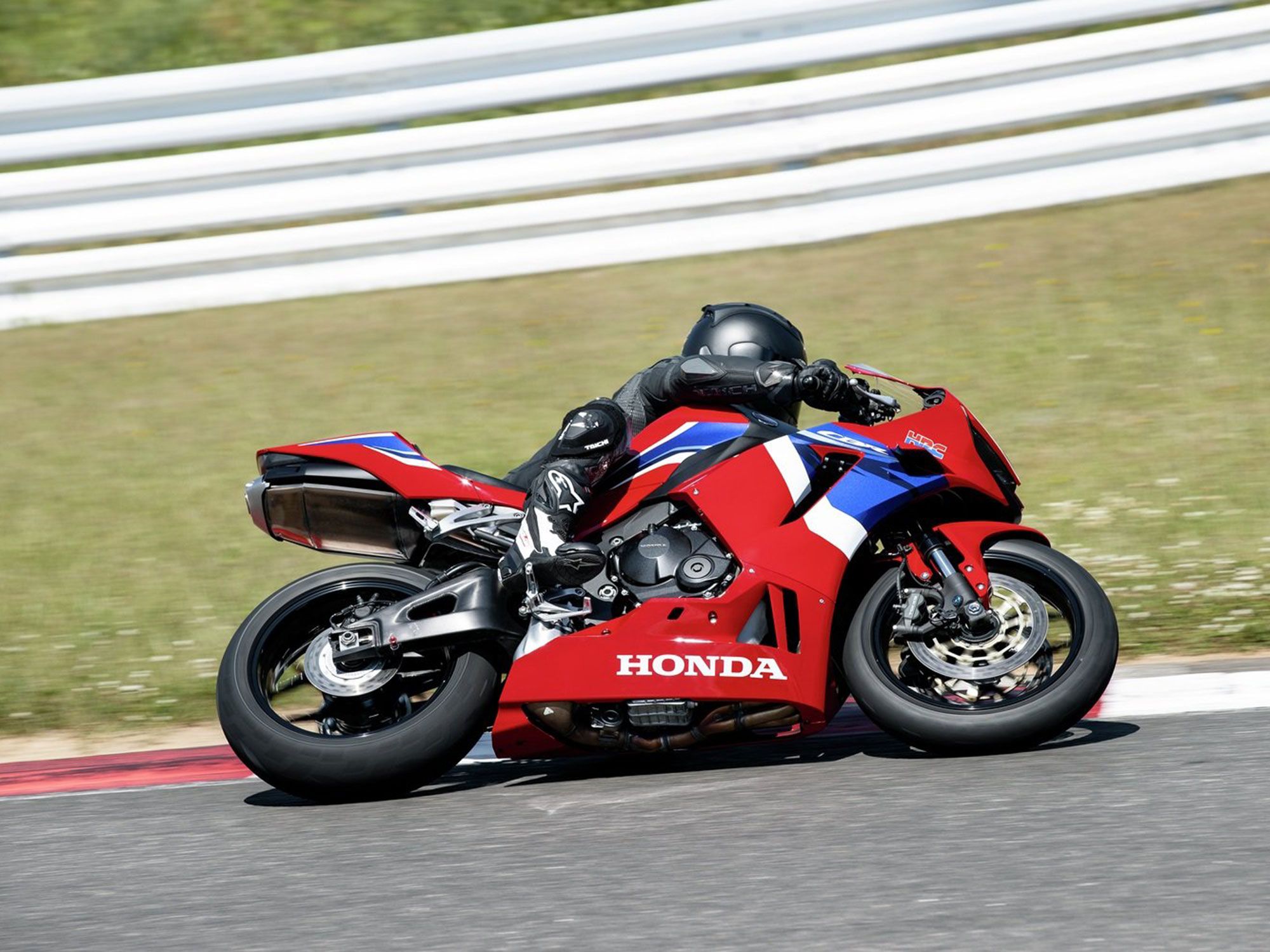 The new rider aids and improved aerodynamics will likely help lap times, but a quickshifter will cost you extra. (Honda /)

While the rider aids and improved aero features may help the average rider recoup that difference when it comes to lap time, there’s no change in the bike’s suspension or brake components, so on paper the old model arguably offers a more competitive package. Squintier, now—LED lights and a revised fairing are new for 2021. (Honda /) 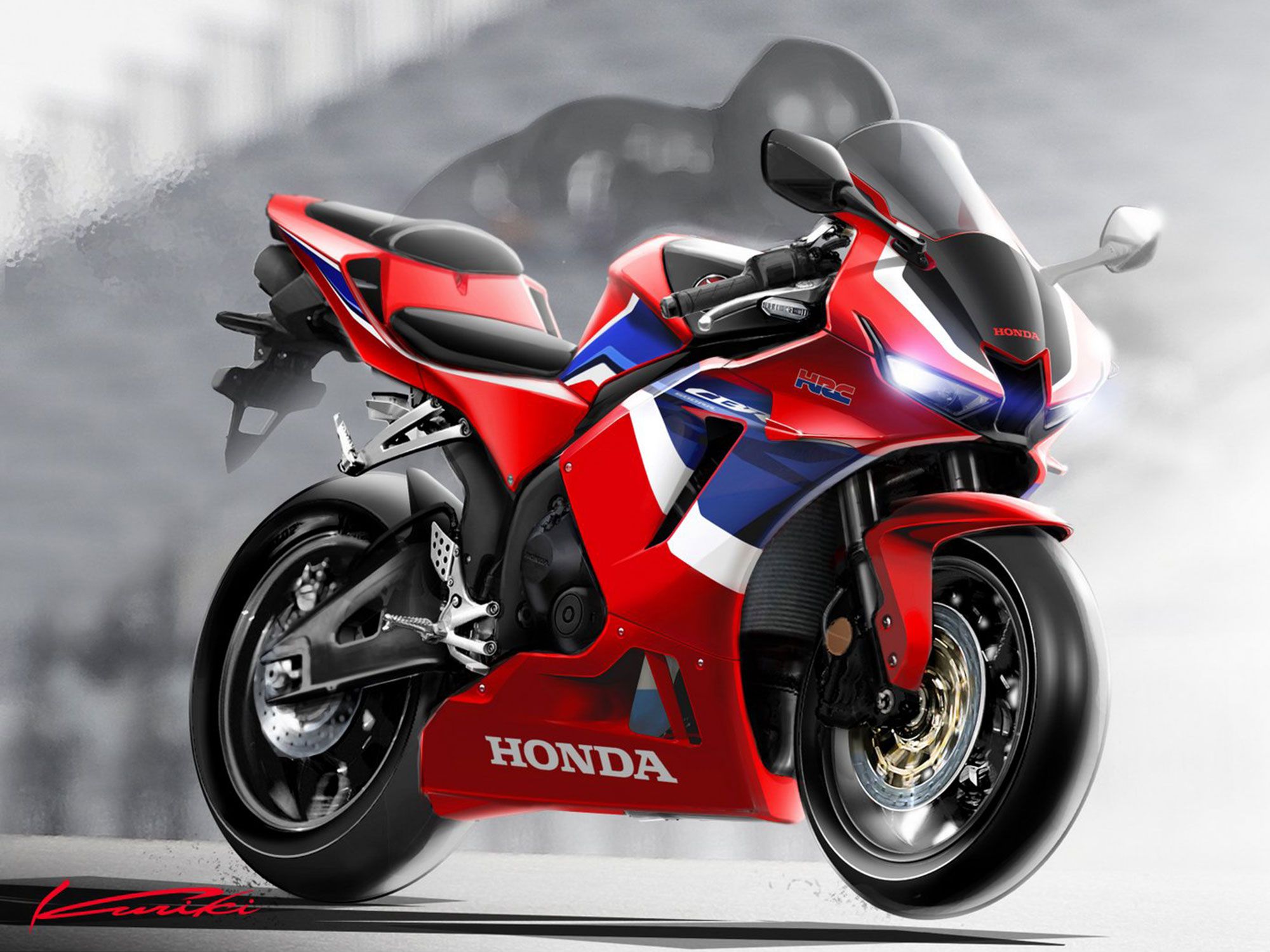 Comparing prices between markets is a little futile, but the 2021 CBR600RR is set to cost the equivalent of $13,788 before tax in Japan—significantly more than the $11,616 charged in the same market for the more powerful, 636cc Kawasaki ZX-6R, which also includes its quickshifter as standard. At the moment the official line is that the new CBR600RR is only to be offered in Asian markets, and unless that price differential can be overcome, that might be a wise move.