Stuart Garner has been ordered to repay millions of dollars that were taken from Norton pension schemes. (Norton /)

The former CEO of Norton Motorcycles, Stuart Garner has been ordered to repay millions of dollars of funds from three pension schemes connected to the company.

The Pensions Ombudsman, who oversees retirement fund schemes in the UK, has upheld a complaint from 30 applicants who’ve been trying to recover the money they put into the Commando 2012, Donnington MC, and Dominator 2012 pension schemes, for which Garner was the trustee.

RELATED: Norton: What Went Wrong And What Happens Now

All three schemes were introduced in 2012 with Garner, who ran Norton Motorcycles from 2008 until it fell into administration in January this year, as the sole trustee. He was also the sole director of Manorcrest Limited, the provider of the schemes, a position that the Ombudsman had already stated to put him in a conflict of interests in a separate ruling last year. The funds in the pension schemes were invested into shares in Norton Motorcycle Holdings.

Although the Pensions Ombudsman didn’t find the schemes had been set up for an improper purpose, he found that Garner “acted dishonestly and in breach of his duty of no conflict, his duty not to profit, and his duty to act with prudence.”

How Much Must Garner Repay?

On top of that, the Pensions Ombudsman has told Garner to pay 6,000 pounds ($7,439) to each of the 30 applicants—a total of 180,000 pounds ($223,175)—”in recognition of the distress and inconvenience caused to them by the Trustee’s exceptional maladministration.”

The Ombudsman also concluded there was maladministration by a company called LD Administration Ltd., which oversaw the schemes between 2014 and 2018 and has since gone into liquidation.

In his decision, he ruled: “I have found a number of breaches by the Trustee of his duties and maladministration on both the Trustee’s and LD’s part.” 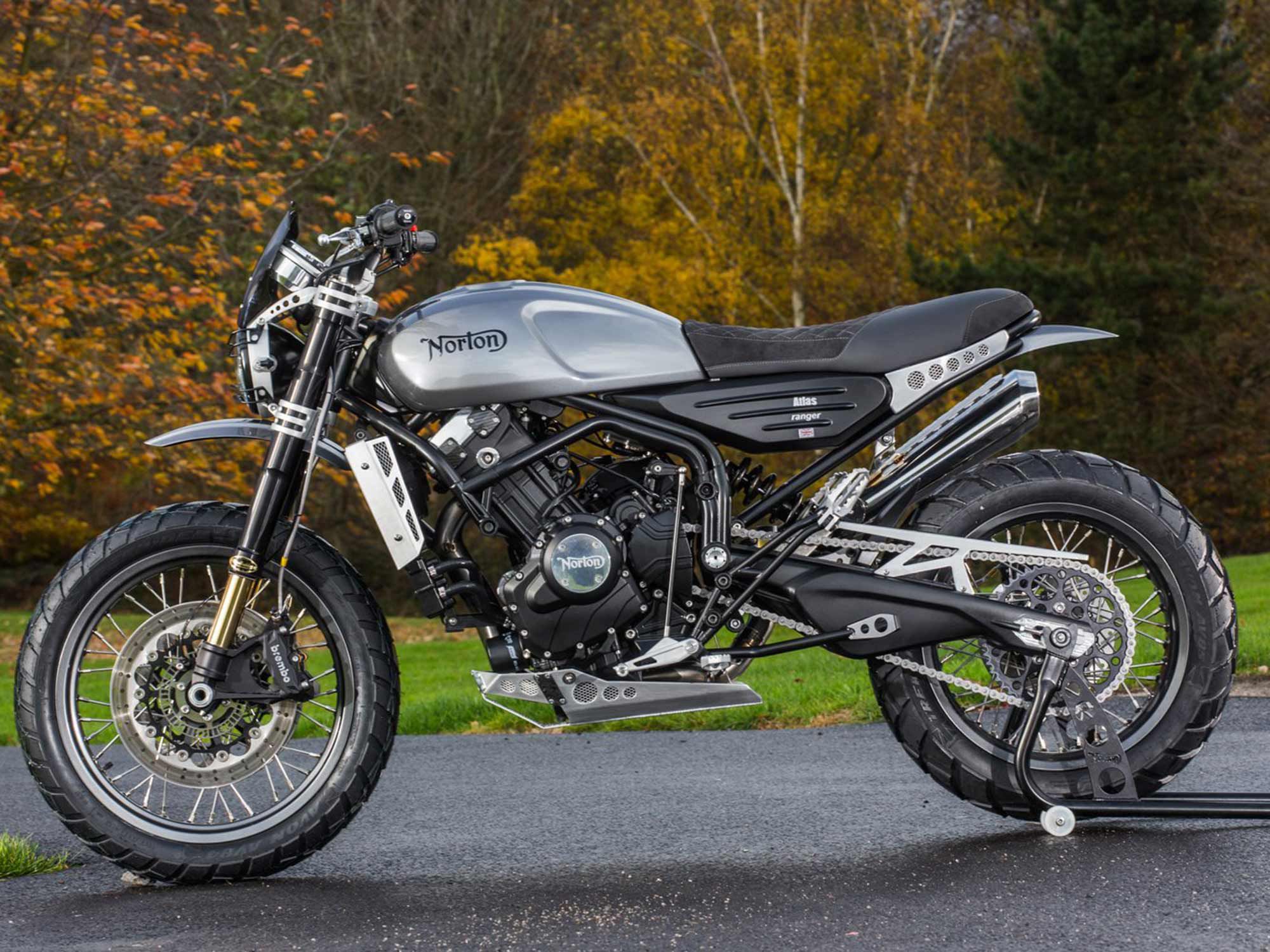 Norton was purchased by TVS for 16 million pounds ($19.84 million); the Indian manufacturer vows to return Norton to “its full glory in the international motorcycle landscape.” (Norton /)

The ruling also said, “the Trustee has breached his fiduciary duties: not to profit from his position as Trustee; and to avoid conflicts of interest,” and “I also find that the Trustee failed to exercise due skill and care in the performance of its investment functions and breached his equitable duty of care to beneficiaries, and acted dishonestly, by investing in [Norton Motorcycle] Holdings preference shares.”

The Ombudsman’s determination is considered to be “final and binding, subject to appeal to the High Court on a point of law.”

Norton fell into administration in January, but certain assets including the brand and intellectual property, were bought by Indian bike maker TVS for 16 million pounds ($19.84 million) in April. TVS intends to get Norton back to “its full glory in the international motorcycle landscape.”

Former CEO of Norton Motorcycles, Stuart Garner has been ordered to repay millions of dollars.