When KTM released their long awaited 390 Adventure, the tin sheet of a skid plate attached to the frame seemed like the first upgrade the little adventure bike would need. And while KTM is preparing to release an assortment of Power Parts accessories for the 390, our friends from Black Dog Cycle Works (BDCW) have been busy prototyping one of their bullet-proof ULTIMATE Skid Plates for the new ADV machine. 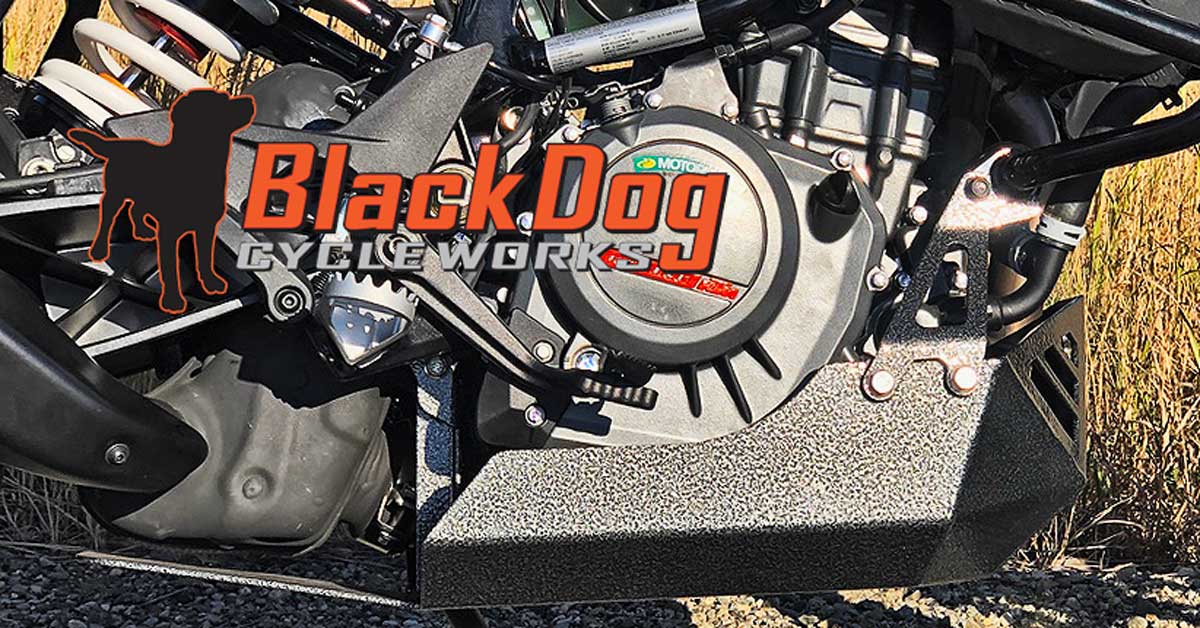 Tipping the scales at 6 lb., the 1/8-inch thick 5052 aluminum plate is no featherweight. But powertrain protection is probably the most important addition to an adventure motorcycle, so the added weight shouldn’t be an issue for most riders looking to do some serious all-terrain exploring on their new KTM. Like all their products, the prototype ULTIMATE Skid Plate is made in the U.S. and comes in a Silver-Vein color powder coat finish.

In addition to the skid plate, Black Dog also unveiled a prototype Rear Rack for the KTM 390, which bolts to the frame, replacing the small pillion seat on the back of the bike. The rack is made of 3/16-inch aluminum and will be offered in a hard-anodized black finish with a BDCW logo etched into it. It, too, will be made in the U.S.

While these are only prototypes at this time, we are very excited to see aftermarket companies taking the initiative to produce parts and accessories for the latest offering from KTM, a bike destined to change the ADV industry. 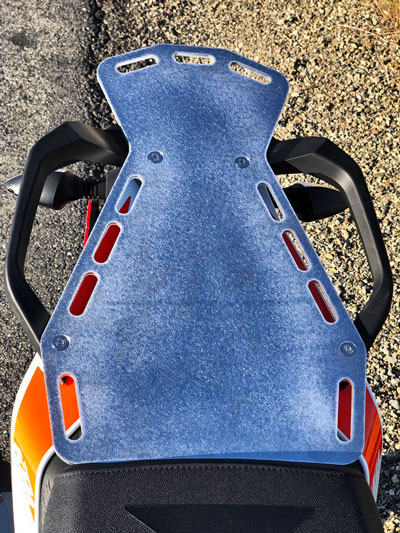