Things are buzzing over at Enfield of late, with multiple electric prototypes being put through their paces. (Royal Enfield/)

It wasn’t all that long ago that Royal Enfield motorcycles weren’t even offered with electric starters, but such is the firm’s recent rate of development that it’s now running prototype all-electric machines with serious plans to start offering a production version.

The company has confirmed that it has built multiple prototypes and it’s now working out the details of how to incorporate an electric bike into its range. The firm’s UK-based technical center is said to have developed initial test-bed models, using existing Enfield machines as a basis and fitting electric powertrains to explore the idea.

The company’s UK-based tech center is said to be fitting electric powertrains onto existing machines for testing. (Though that sketch looks like a cruiser concept…) (Royal Enfield /)

The move into the electric field comes on the heels of impressively rapid growth at Royal Enfield. The Indian-owned company spent decades happily catering mainly to its home market, building the descendants of the Bullet that’s been in continuous production ever since 1948. But over the past decade the firm has made giant leaps forward, developing and launching the Himalayan 400cc adventure bike and the new 650cc Interceptor and Continental GT twins and investing in vastly increased production capacity. Until 2010, the firm made around 50,000 bikes per year. But five years later that figure was 50,000 per month. In FY 2019, the company sold an astounding 823,828 bikes. 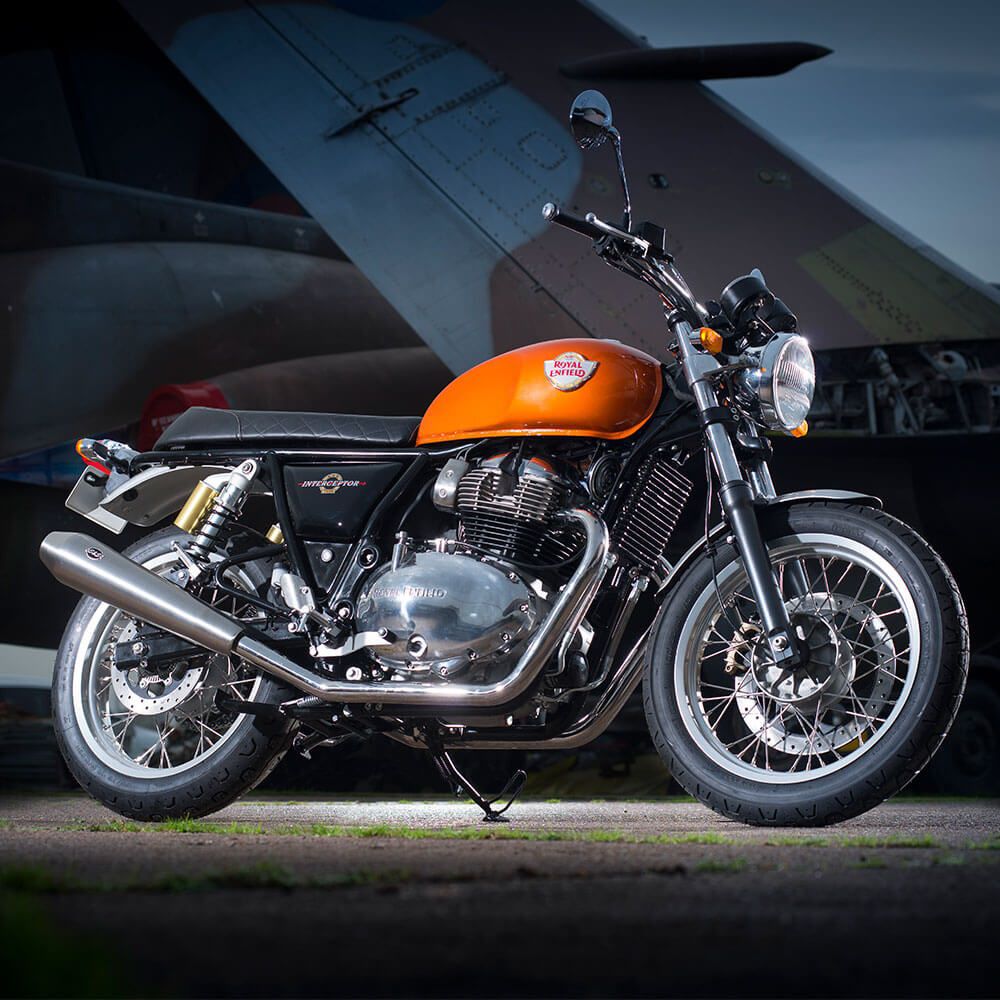 Enfield has made huge gains in market share and production capacity in just a few short years. Much of that is due to new models like the INT650. (Royal Enfield/)

While Royal Enfield has now decided that the move to electric power is inevitable, the company is faced with a decision about how to position its future electric model. The firm’s recent success and growth comes in part from a focused approach; the company builds only affordable midsize bikes and has expressed no interest in spreading to other sectors. It’s an interesting contrast to the normal scattershot route to expansion that other bike manufacturers have applied. Enfield makes nothing smaller than 350cc and nothing bigger than 650cc, and while there’s a chance that the latest parallel twin models will eventually grow to 750cc, the firm has shown no interest in stretching its capacity range wider than that. 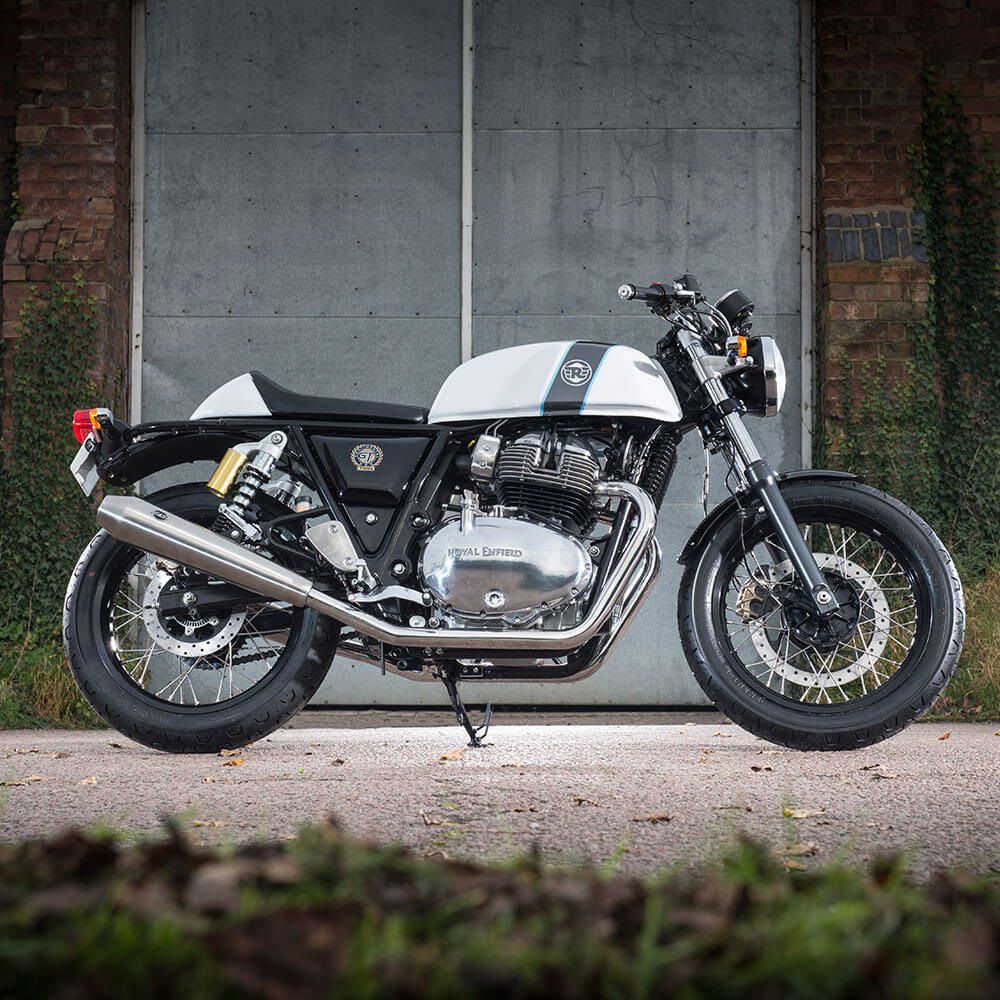 Though Enfield currently has both feet firmly planted in the affordable midsize gas-powered segment, it has confirmed an electric is in the works. (Royal Enfield/)

With that in mind, it’s likely the firm will target any future electric model in the same area, eschewing headline-grabbing power or range figures in favor of an appealing price-to-performance ratio and enough range to make it a viable machine for day-to-day use. Confirming the project, Royal Enfield CEO Vinod Dasari told Indian financial website Moneycontrol.com: “It is not about whether electric will come or not, but it’s a question of when. We did make some prototypes, we have looked at several segments, and we will be adding to the team in the near future.”

While a factory-made electric bike would be a Royal Enfield first, there have already been plenty of EV RE conversions in the past. The low cost of the Bullet 500 means it’s been popular as the basis of homespun electric bikes, and it’s also served as the platform for the pro-built Photon from British conversion company Electric Classic Cars (though that was a one-off). Will Royal Enfield go big with its electric or stay in its midsize wheelhouse? Time will tell.

Royal Enfield has been working on multiple electric motorcycle prototypes and will likely have a production version on offer very soon.

Published in: NewsThe model honors the past while offering modern on- and off-road trekking performance Sixty years after Honda introduced customers to the joys of...
Read more
Previous articleAndrea Dovizioso Leaving Ducati Without Plan B
Next articleSuzuki Parallel Twin Revealed In Patent