The Pandemic Paradox: Motorcycle Sales Are Up 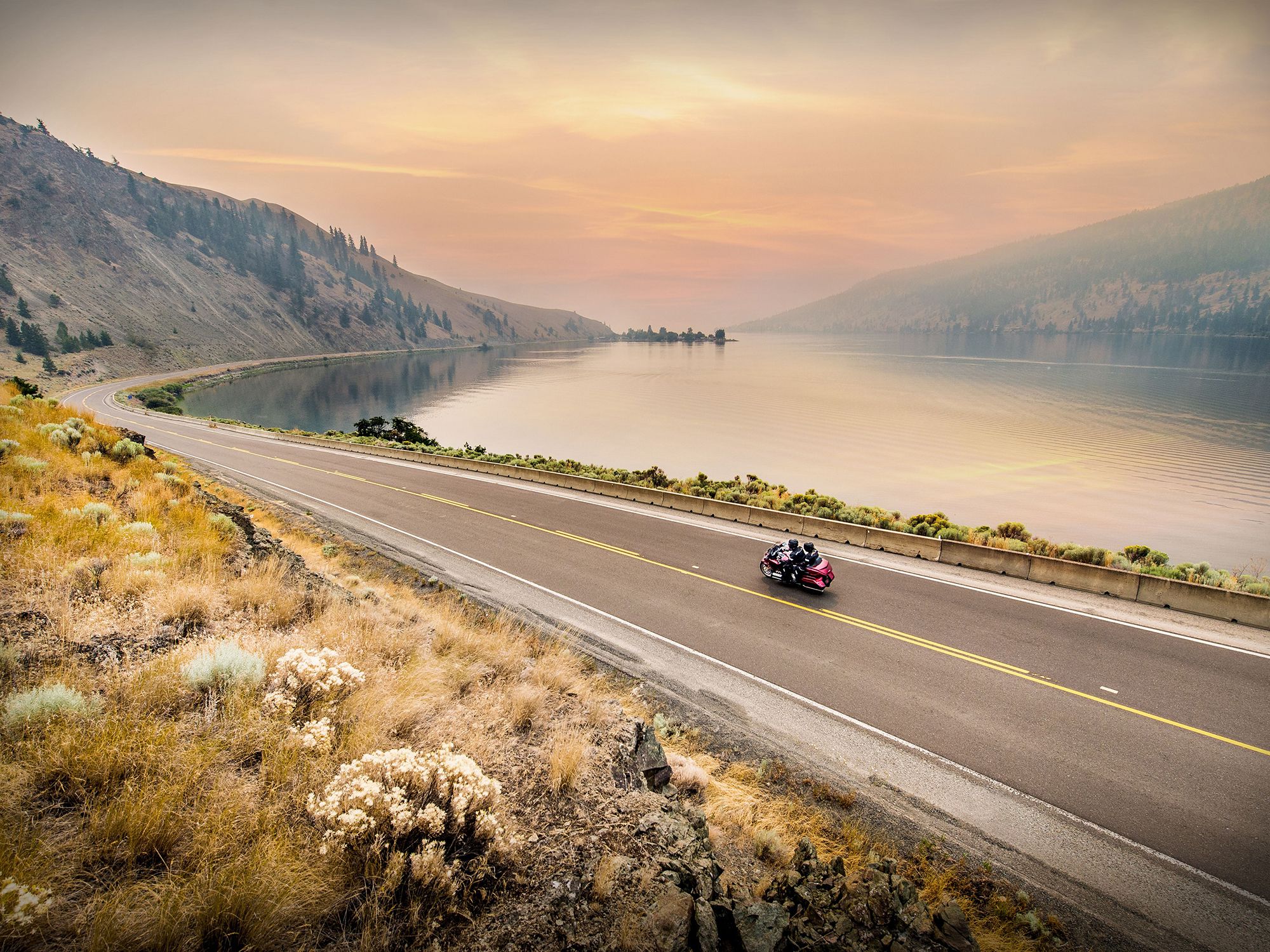 What pandemic? Powersports sales reported strong sales in April and May, with some manufacturers reporting record gains. (American Honda/)

The streets are quiet. Supply chains have disintegrated. Unemployment is at record highs. The equity markets are schizophrenic in the best of weeks. So it would stand to reason that all economic indicators and consumer spending in particular would be down for the year as well; a major contraction would certainly not be unexpected.

Well, that’s true for the most part, but actually—and perhaps counterintuitively—motorcycle sales are up. You heard that right. Across the board, retail sales for the last three months have shown a steady uptick. It’s more obvious in certain segments but the trend is undeniable; year-to-date powersports sales are better than they’ve been in years. Can you say pandemic paradox? 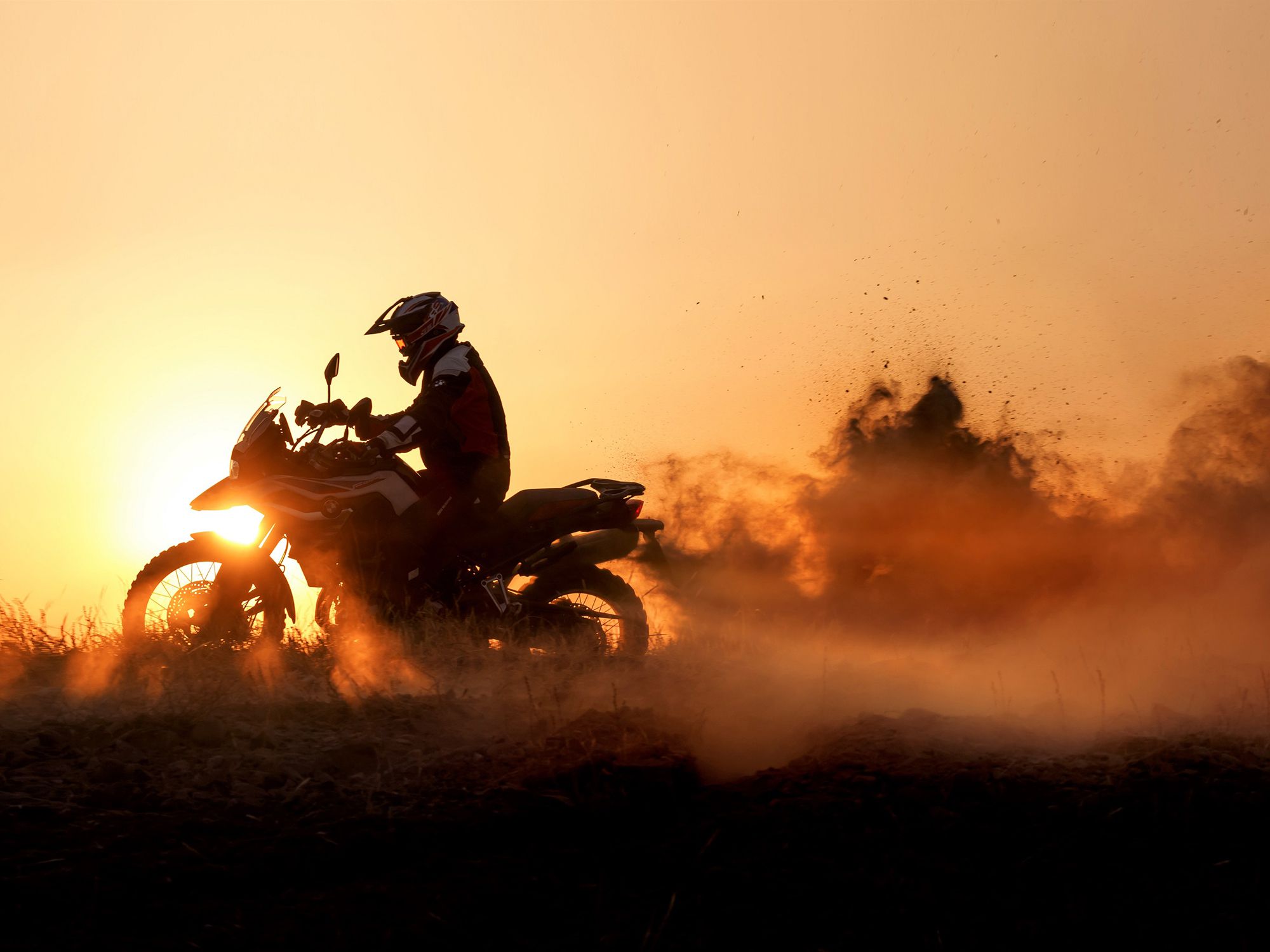 For some of the major manufacturers, 2020′s early successes were largely chalked up to off-road bike sales. (American Honda/)

Following a series of declining years though, 2020′s data was already looking fairly optimistic; motorcycles sales in February of 2020 were up 3.5 percent (year-to-date), according to MotorcyclesData.com. But when the pandemic hit in early March and the auto industry began its sales freefall, most business insiders assumed the same fate would befall the motorcycle sector.

The surprising news came in early June, when the smoke cleared and the Motorcycle Industry Council reported that year-to-date retail powersports sales were better than they’d been in the past three years. “The powersports industry is in a much more positive place than where we thought we’d be earlier this year, when the full impact of the pandemic began to come into focus,” MIC President and CEO Erik Pritchard said.

Of course, powersports includes ATVs, side-by-sides, and motorcycles, but in fact, off-highway motorcycle sales were up 18.9 percent year-to-date through March 2020, according to the MIC’s Retail Sales Reporting System, which gathers new-motorcycle retail sales data from the 14 leading manufacturers and distributors in the US. In sum, sales were relatively strong from January through April, and May was a great month for most. 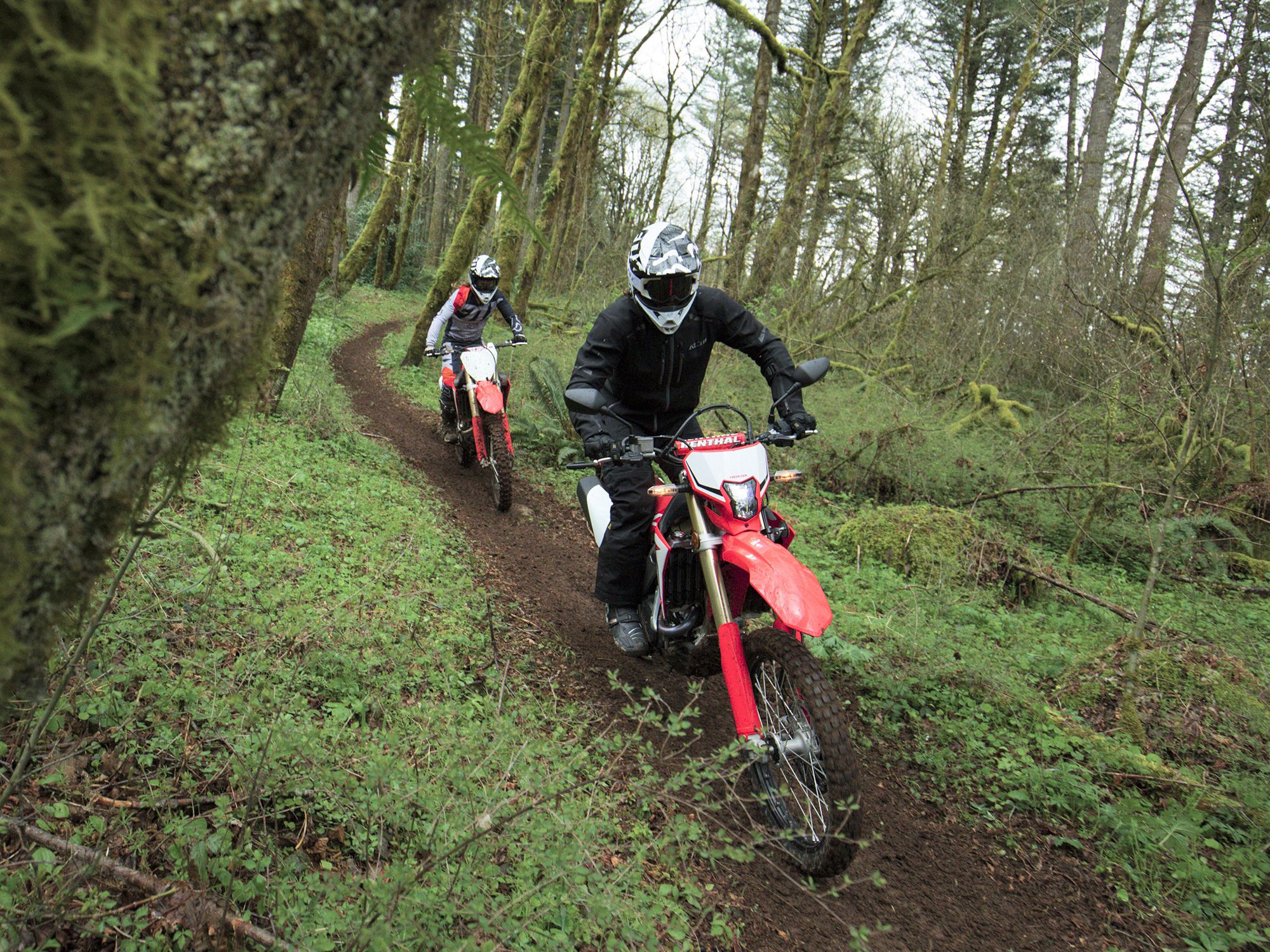 Honda’s May 2020 off-road sales of motorcycles, ATVs, and side-by-sides was up 172 percent over May of last year. (American Honda/)

The sentiment was broadly confirmed by Honda’s Colin Miller, who told us that off-road sales have been consistently up since the pandemic started, and in the month of May, off-road motorcycles, ATVs, and on-road motorcycles all experienced sales increases well above last year’s numbers. Some off-road motorcycle models, they said, were even becoming harder to find.

We’ve heard anecdotes to support that claim, with one local Southern California dealership—Huntington Beach Honda—able to remain open throughout the pandemic and experiencing record sales in April and May. The general feeling from most dealers is that people are happy to get out of the house to go riding with their families, which is what powersports products allow. 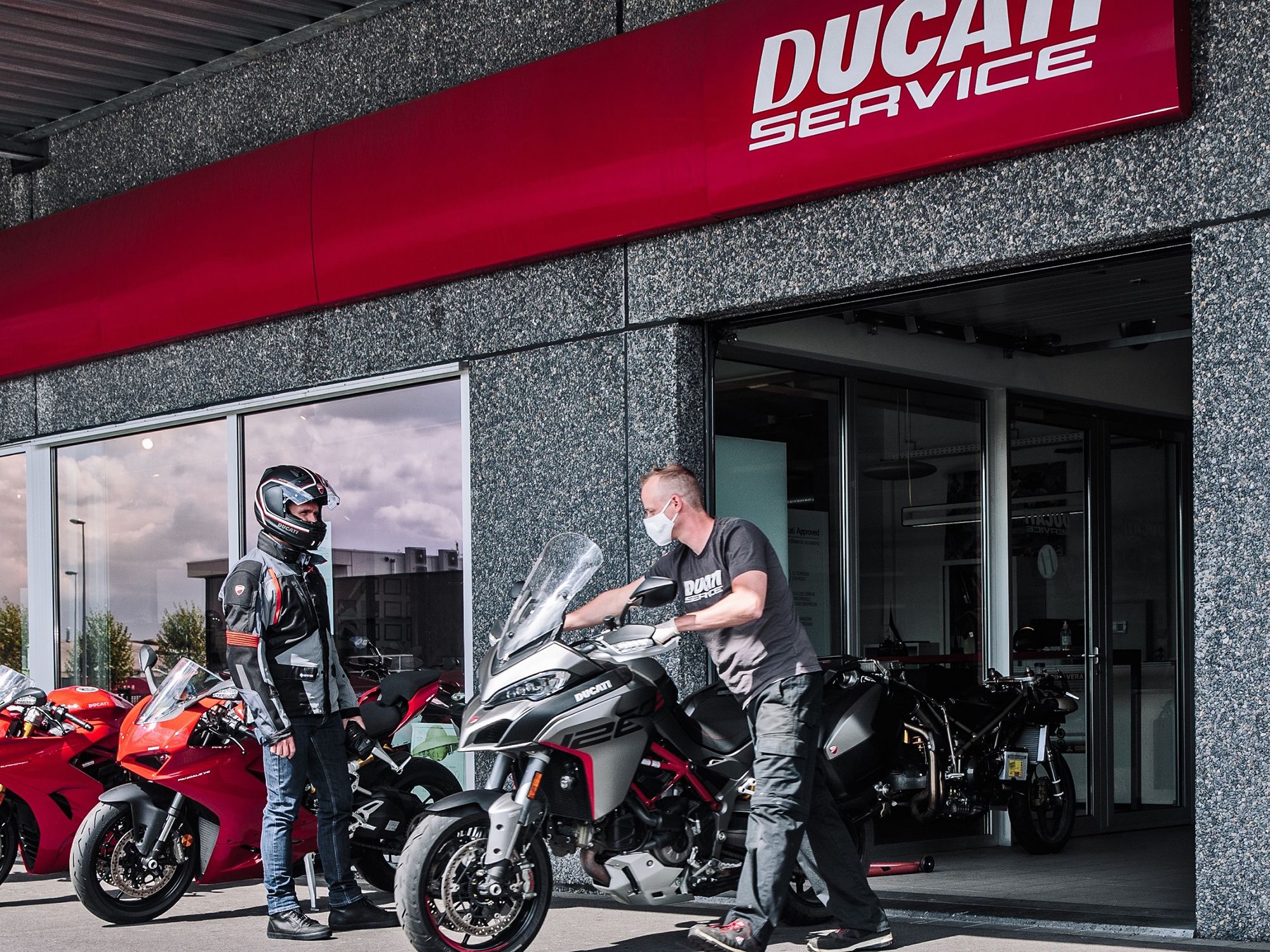 Jason Chinnock, CEO of Ducati North America, is upbeat too, in light of the fact that its flagship New York City outpost rang up a 24-percent sales increase, year over year, for new motorcycle sales in April. Dealers in Los Angeles and the Bay Area reported similar gains. “We have experienced strong demand for our motorcycles right now, with many of our dealers reporting their April sales and service work was significantly higher than the previous year. We’ve always been an important part of the escape and enjoyment for our customers and it’s even more relevant in these unprecedented times.

If you’re looking for that escape, that release, that joy, then motorcycling is where you’re going to go,” Chinnock said.

Ducati has also implemented a “Ducati Cares” program in anticipation of its other dealerships reopening, as many now are. The program puts stringent safety protocols in place, including masked-up staffers, hand sanitizing stations, and distance guidelines, to ensure foot traffic to the stores continues apace. 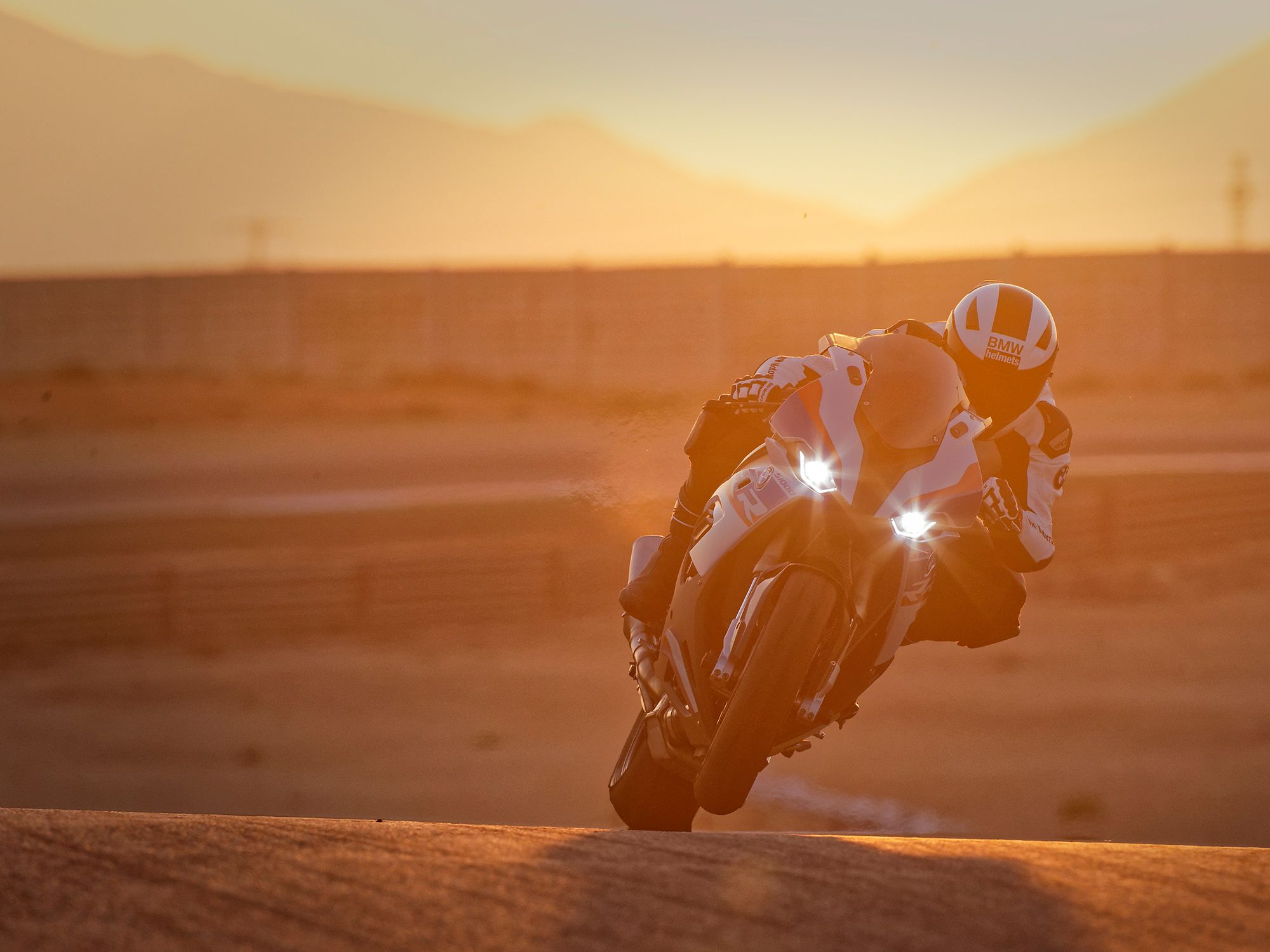 BMW says its GS series was a big contributing factor in its stronger May 2020 sales numbers compared to 2019. (BMW/)

A quick phone call to BMW echoed much of that same data, if to a lesser extent. Media rep Roy Oliemuller confirmed that Motorrad’s May 2020 North American motorcycle sales exceeded May 2019 sales, with much of that driven by the GS series adventure range (from the entry-level 310 to the big 1250s), and extending to the RR model as well. Overall, he said, these last few months have been an unanticipated “pleasant surprise.”

We speculated about the reasons for that, but ended up agreeing there probably wasn’t one specific driver. Plenty of theories were bandied about though:

Oliemuller also contends that BMW, like Honda and other auto-based manufacturers, can weather the storm better and benefit from their more diverse portfolio of products and brands, generally speaking (though in some cases the motorcycle branches have had to endure cuts based on the brand’s auto segment downturns).

Of course, there are other, more quantifiable reasons for the uptick in sales. Overall consumer spending was up an insane 18 percent in May, compared to April, which makes sense when you realize 85 percent of the country was under mandatory stay-at-home orders in March and April. In May, many of those same sheltering orders were lifted, the weather across the country for most of the month was pretty damn nice, and many people got their government stimulus checks around that time. There’s also the fact that April is historically one of the strongest months of the year for motorcycle sales.

Pritchard also says that consumer thinking may have changed because of the pandemic, with regard to recreation and transportation. People may now be less willing to use shared transportation and crowded mass transit options, and motorcycles and scooters could be considered viable alternatives. He adds, “Are [people] thinking about recreation and transportation differently? Are they looking at things like, well, I can’t play team sports but I can engage in an individual activity that I can do with other people?”

The challenge, of course, is to take the steady gains and make them more consistent for the long term. For one thing, we’re nowhere near where we were in terms of pre-pandemic spending patterns and the road ahead looks murky, but to steal a line from the Beatles, you have to admit it’s getting better. Many economic indicators predict positive increases in performance and US consumer confidence, which bodes well for a steady momentum 12 months from now, but it will still be a long and volatile recovery, according to some economists.

MIC Chair Paul Vitrano probably said it best: “Although the COVID-19 pandemic is far from over, and we may experience setbacks, the industry now must change its mantra from ‘ride it out’ to ‘ride on.’ If we have learned anything from the past few months, it’s that riding a motorcycle…is the ultimate way to social distance, either individually or with family. And after being homebound, everyone appreciates the freedom and escape that can be had on two, three, or four wheels.”

Although the economy is mostly tanking, many segments of the powersports industry showed increased sales in April and May, largely driven by off-road machines.